Here’s a Brussels based singer with a soulful voice that has just dropped her debut single “Prayer”. Tessa Dixson’s sensual track is about teenage anger and lust channeled through mystery and melancholy. Think Madonna’s “Like A Prayer” of the modern age, played like an anthem in the sound system of a derelict student bar with Larry Clark as owner of the establishment.

Tessa Dixson was born in 1997. Full on Millennial status and brought up in a multi-cultural/multi-lingual family, Tessa’s everyday life was rhythmed by music. Her style reflects that multi-cultural divide she nurtured all these years and it clearly shows in “Prayer”. It’s a strong debut that promises plenty of surprises for the months to come. She has signed with PIAS records and should have more material dropping soon. Keep a close eye folks. You won’t be disappointed.

Speaking about the track she stated:

I have tried to evoke a depth in my lyrics combined with a melancholic melody to mirror the complexity of relationships. Even though there is a certain dark quality to the song I still wanted the sound to be fresh and soulful.

The track is accompanied by its official video:

Lilla Vargen shares cliffhanger “Hold On” and promises a brilliant EP for October. 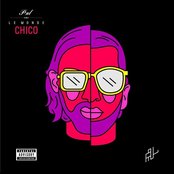