Back in 2013, we were already quite impressed with London band flies+flies‘ sonic output. “Later On”, had just dropped and that’s what we wrote then:

Coming straight from the heart of London, Flies+Flies is a fresh band formed last year and really jelled to deliver some very effective boombox beats, dark pop songs, sharp harmonics and delicious electronic noise for our eardrums. The band is made of Dan Griffis on songs + guitar, Martin Kingston on the cello and Jake Williams on the turntables and electronics. We absolutely fell for their free download below “Later On”

They have just unleashed some brand new music in the form of a creepy video that announces the official release next Friday (May 10th). Flies+ Flies has since seen the departure of cello player Martin Kingston leaving Dan Griffis’ deeply romantic ballads to populate their repertoire with otherworldly, electronic sounds created by producer and experimental DJ Jake Williams aka Pet Rok.

“Show Me Again” marks the first of a series of new singles to be released this year. It is accompanied by a video directed by friends Edith & Anna Bergfors.

“Show Me Again” single out Friday 10th May 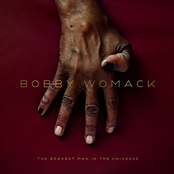