The songs that stop you in your tracks don’t come along very often. Never mind tracks that raise an eyebrow, piquing your interest just enough to earn a spot in the daily rotation; it’s tunes like SHY Martin’s “Slow” – the ones that feel just like a cold night or certain memory – that cock your head to the side, push you back in your chair, and make you think, “Goddamn”.

The story of “Slow” is as beautifully simple as the song itself. After a few years of drifting from her original songwriting process of sitting in a bed or on a dock with her guitar, SHY got back to her roots during a trip to the countryside home where she grew up. The resulting souvenir was “Slow”, a starkly rich ballad of breakups and the fragile new love that succeeds them. It’s as straightforward as a meditative guitar progression, a handful of piano chords in just the right places, and a vocal performance that’s simultaneously gorgeously organic and metallically chilly; and yet, the sum of those parts makes for one of the most emotionally complex songs we’ve heard in quite some time.

It’s what if I mess this up

It’s hard just to transcribe that handful of lyrics without a shiver down the spine, let alone actually listening to the song, even if for the tenth, twentieth, hundredth time. Feel something – listen below. 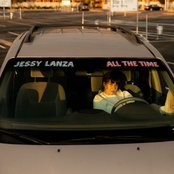 Over and Over
Jessy Lanza
2 days 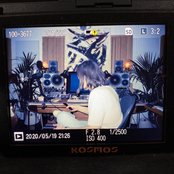