Over the last year, London-based East India Youth has combined strikingly original music with euphoric live performances and has quickly become recognised as one of the most experimental and captivating artists around. His brand new album titled ‘Culture of Volume’ is his first since signing to XL Recordings. The record follows his critically acclaimed debut LP ‘Total Strife Forever’ (released in January 2014 on Stolen Records) that went on to be nominated for the Mercury Prize. Mostly recorded and produced in his bedroom at home in London and named after a fragment of verse from the poem ‘Monument’ by Rick Holland, ‘Culture of Volume’ was mixed by Graham Sutton and the artwork was created by visual artist Dan Tombs (inspired by Andy Warhol’s experiments with computer technology).

by East India Youth is out now... buy today !

I actually met you something like two years ago and a few things happened since then ! I wanna come back on two of them : your Mercury Prize nomination and your new label, XL Recordings.

The nomination was great, I didn’t really expect it ! It wasn’t something I thought about when I was making it. All of a sudden you’re in this like huge world stage with all the other amazing artists that were nominated as well. A week before the announcement I finished recording my second album, Culture of Volume, and we mastered it the week of the ceremony. The two things were kinda going on in the background naturally.

Culture of Volume is definitely less experimental and more immediate if I may. On “End Result” you sing « the end result is not what was in mind », what did you actually have in mind for this album ?

I thought it was going to be an instrumental album first and then I was playing live more and getting more confident with my voice, I enjoyed singing so much, well, I thought I would sing more on the album. After about 6 or 8 months working on this album it turned out to be more of a pop record, which it is ! (laughing) I’m happy with it ! It’s interesting how your perspectives change.

On “Total Strife Forever” you only sang on 4 songs while you sing on 7 songs this time. For the first album you told me that the emotions was still intact without lyrics. What about Culture Volume ? Do you think you needed to speak out those words ?

The difference between the two albums is that when I made the first one I didn’t know if anyone was gonna hear it (laughing). I had no audience in mind and I didn’t know what was going to happen. With Culture Volume I knew that people would hear it, it’s inevitable. Maybe not buy it but hear it ! (laughing) That changes the you write immediately. Also I thing Total Strife Forever was more of an inward-looking, introspective album while on Culture Of Volume there’s a conversation going on with the audience. Words were more necessary this time, I wanted to communicate with the audience more directly rather than just fill in the gap. Trying to understand a piece of music can be difficult, with lyrics you’ve got something to go !

The first single you released for this album was Carousel and it was quite a bold choice cause it’s very different from the rest of the album.

I had the opening beat of the song for a while, like the musical theme and I thought it was going to be a small instrumental piece. I just started singing over it and I liked it. It’s probably my favourite song of the record. I finished it and everyone in the label or close friends liked this song the most. Someone in the label said we should put out that one first and I thought it was interesting. Usually it’s « here’s the single, the pop single », that’s the way you do it ! It’s so important when you choose these things, what people’s first impressions are. When you hear a song maybe you don’t check out the album and it’s amazing so I think choosing the right thing you’re think you’re confident about, even if it’s a bold decision, is worth it because it has a big effect on the listener.

I also felt “Carousel” was a kind of transition. The mood of the album is different after that.

Yeah, it’s like a night-out, exciting up until a point and I’m going to bed now ! (laughing)

Among your influences, you often mention Bowie, Pet Shot Boys or Brian Eno. If you had the chance to work with one of them, which one would you pick ?

Eno ! I met him this year, it was amazing. The Guardian wanted to cover me but they wanted to do something different and they thought about putting me and Eno in a room for a double-chat. He had come to one of my shows but I had never met him. I knew he was a fan, which is amazing. So I went to his studio and we sat down and kinda interviewed each other. I started to form a bit of a relationship with him. I wrote a big piece on one of his albums, Another Green World, which is my favourite one. I didn’t send it to him but emailed me and said he really loved the piece I wrote, which is really nice. I’ve really learned a lot throughout my life in terms of how to approach making arts and music. I went to his studio a couple of times and just played a couple of things. I found that very easy so I could probably work with him. That would be the most natural thing to do. Bowie, I don’t think it’s gonna happen anytime soon ! (laughing)

Since it’s nearly the end of the year, what would be your new year’s resolution ?

I might become a vegetarian actually. ! I’ve never had any problem with eating meat but I’ve started to feel more of a guilt aspect from it. But, how can you replace Sunday’s roast ? If there’s any kind of British cuisine, it’s probably that. You can’t get it anywhere else in the world ! (laughing) It’s a nice comfort on Sunday !

Finally, Sodwee standing for Sounds of the Week, what would be YOUR sound of the week ?

Grimes’ new album. Every track is a pop masterpiece ! I love that album a lot. 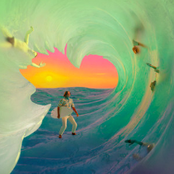 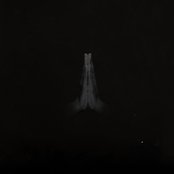 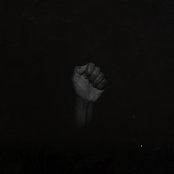