Club 8 has sizzling new track ‘Fire’ to have you warm up to.

I had a moment to myself this afternoon and got to spin this “Fire” single from the upcoming album “Golden Island” from electro-pop duo Club 8. It’s to point out what works here. But trust me it does. From the hazy vocals and that addictive groove to the compelling chorus on display the track has it all going up, up and beyond for Club 8. The Swedish duo formed in 1995 by Karolina Komstedt (from the band Poprace) and Johan Angergård (Acid House Kings, Poprace).

Johan Angergård from the duo explains how they value people’s reaction to their sound and material:

They day we start caring about how our music will be received is the day inspiration fails us. We’re in constant progress.

The upcoming album “Golden Island” out at the end of January is the 10th album from the prolific and influential duo that started out in small town Åhus in Sweden and quickly became a go-to reference for subtle electro-pop akin to a Telepopmusik or an underground Berlin electronic outfit that you wish you had known before.

Taken from “Golden Island” out next January 26 on Labrador.

Other tracks by Club 8

About the Author: Sodwee 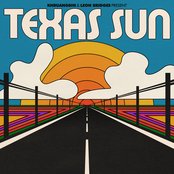